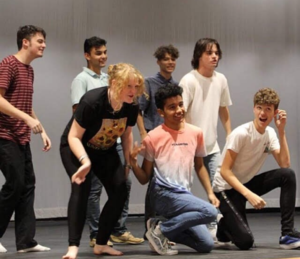 The show, presented by the theater and music departments, runs Thursday and Friday, Nov. 21-22


First is the family friendly show Joseph and the Amazing Technicolor Dreamcoat, with music by Andrew Lloyd Webber and lyrics by Tim Rice. Opening night is Thursday, November 21, and the show runs through Friday, November 22.


Second, the show -- presented by the school’s theater and music departments --  is being held in the recently restored auditorium, so this is being billed as the "Brookland-Cayce Auditorium Grand Re-Opening.” The renovated 1930s-era auditorium features the riveted steel design in the ceilings that also was used in New York City's Empire State Building, as well as the original wood framing in the ceiling and the original 1930s brickwork.

Performances are set for 7pm both days for this musical. General admission tickets are $10 for adults, $5 for K-12 students, and free for children under 5. Doors open at 6:30pm.


The school is located at 1300 State Street, Cayce.