17 qualify for SC Seal of Biliteracy 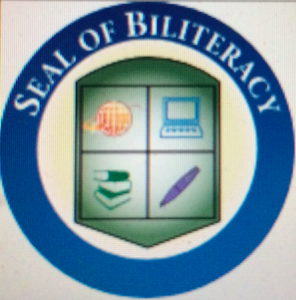 WEST COLUMBIA, SC -- Seventeen Brookland-Cayce High School students qualified for the South Carolina Seal of Biliteracy, an award from the SC Department of Education that recognizes students who have attained proficiency in English and another language by graduation.


Students are recognized for their levels of mastery in testing, with gold being the highest. The Biliteracy Seal may appear on the student’s diploma or a separate certificate, and it may include a notation that appears on a graduating senior’s transcript.


The majority of U.S. states and Washington D.C. have approved Seals of Biliteracy.  The seal supports the state’s emphasis on The Profile of the South Carolina Graduate, which underscores the need for world class knowledge, world class skills, and life and career characteristics that today’s graduates need for college and career success.