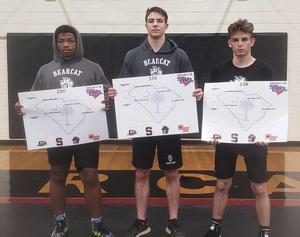 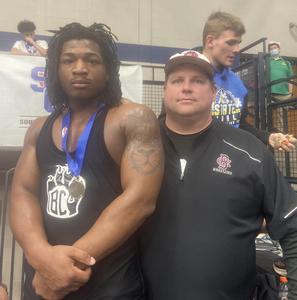 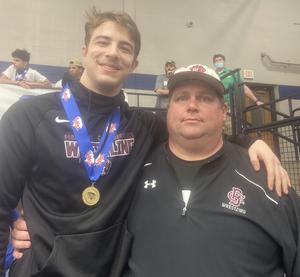 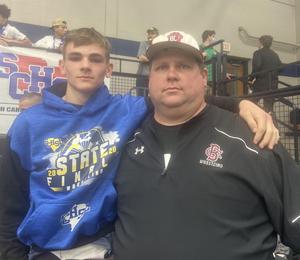 At the SCHSL’s recent State Wrestling Championship, two Brookland-Cayce wrestlers became 3A State Champions: Deonte Strader in the 220 weight class and Jonah Del Priore in the 170 weight class, while Terry Hilldebrand II placed fourth in the 145 weight class. In addition, Strader and Del Priore were selected by the SC Wrestling Coaches Association for the all-star event for top senior wrestlers in the state.

Also during the season, the Brookland-Cayce High team made the playoffs for the eighth time in 10 years under Coach Craig Watts, and 11 wrestlers qualified for the 3A Lower State Individual Tournament. Three went on to become Region Champions: Sam Yeargen in the 138 weight class, Del Priore in the 170 weight class and Strader in the 220 weight class. Del Priore and Strader also were Lower State Champions in their respective weight classes, and Hilldebrand placed third at Lower State.