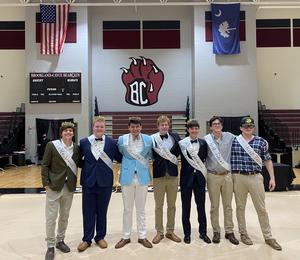 WEST COLUMBIA, SC -- Congratulations to Joseph Buchmaier, who was crowned Brookland-Cayce High School’s Mr.Bearcat on May 1.


Twelve students participated in the competition, which raised more than $3,000 for Happy Wheels, a charity that operates in three South Carolina children’s hospitals and allows patients to pick a new toy or book weekly for the length of their hospital stays.

Among this year’s Mr. Bearcat winners: