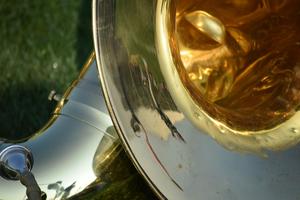 Airport and Brookland-Cayce High bands will compete Oct. 27 for 3A State Championship

WEST COLUMBIA, S.C. --  The Airport and Brookland-Cayce marching bands are heading to State this weekend -- the first time in more than a decade that the two have competed there together.

The Lexington Two bands are among 16 teams scheduled to perform Saturday in the 3A State Championships, presented by the SC Band Directors Association. The 3A events, along with 1A, will be held at Batesburg-Leesville High School.

Brookland-Cayce High is back at State for the first time in a decade, under the leadership of new band Director Steve McGinnis.

“With this being my first year as the director at BC and an alum of BCHS Class of 2000, I have focused on the legacy that is Brookland-Cayce band -- so much so that we changed the name of the band to the BCHS Marching Legacy, because of the rich tradition of success with the 11 state marching band championships the band holds,” McGinnis said.  “We also made LEGACY our new motto for the marching band, standing for Leadership, Excellence, Gratitude, Academics, Commitment, Year Round -- which reminds students of who we are and why we do what we do.”

Airport High band Director Michael Rooker said while there have been challenges this year, having great staff in place to work with good kids has been a key to the group’s success.

“It’s been a hard year for us but they have risen to the occasion and made this a great season for us,” said Rooker, noting the group’s size and number of younger players. “Competing with the other 3A bands will be tough, but we are holding our own against bands up to three times our size.”

For Brookland-Cayce, the key to success so far has been “focusing on how we do things, and not so much what we do,” McGinnis said.

“With this focus on the fundamentals everyday, the kids have improved tremendously over the course of the season,” McGinnis added. “One of our very first goals for the new Marching Legacy was to make State Finals again for the first time in 10 years. Now the students have achieved that and they are setting their sights higher -- not only for the marching band but for the rest of the band program throughout the school year, including concert and chamber music, honors clinics, and indoor winter season.”

Airport is the first team up in 3A, performing its show “Stonehenge”  at 5 p.m. The BCHS Marching Legacy will follow at 5:15 p.m. with “Zodiac.”

It’s a big moment on a big stage this weekend for both programs.

“Competing at State Finals has always been exciting for Airport,” Rooker said. “This year, with Brookland-Cayce in the line-up, it is especially exciting, because both Lexington 2 high schools will be standing on the Field of Champions together.