At Brookland-Cayce High, it's all hands on deck to help homeless 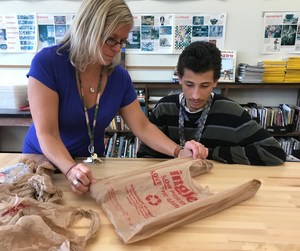 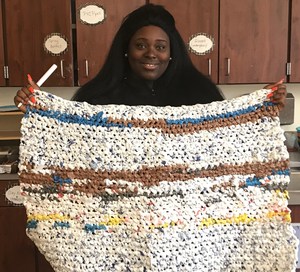 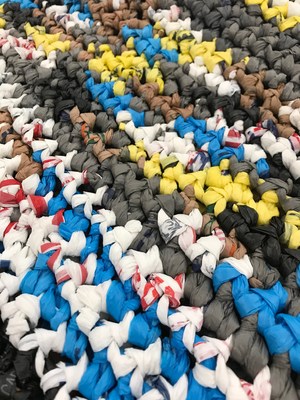 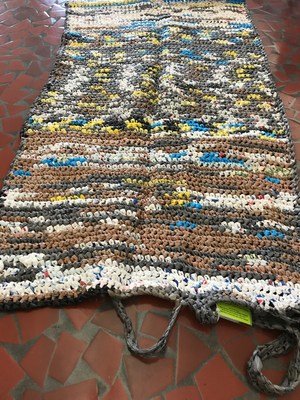 WEST COLUMBIA, SC -- When Brookland-Cayce High School art teacher Michelle Giovannone wanted to launch a project to help the homeless, she reached out to a few school colleagues.

And they reached out to a few colleagues.


Giovannone first heard a few years ago about Operation Bedroll, which uses volunteers to create “crocheted” sleeping mats for the chronically homeless out of plastic grocery bags otherwise headed for landfills. The bedrolls offer an insulated layer from the ground.


“I tried to make one on my own (when I first learned about them) but was unsuccessful,” Giovannone said. “Then I saw the city of Columbia had a workshop and I went to see if they could teach me anything different.”


Not long after, she decided that her art students could join the effort, too, creating the 12x12 squares that are crocheted together -- from an estimated 600-700 plastic bags -- to create a bedroll. After students got a quick how-to lesson from a city of Columbia employee, Giovannone announced that anyone interested could work on squares between assignments in class.


Every student joined in.


So did other Brookland-Cayce students, teachers and staffers who heard about the project. They collected plastic bags and made “plarn,” cutting and stringing together the plastic bags into long strands to crochet. They crocheted squares, too, and many others stopped in Giovannone’s classroom regularly to check on progress and offer assistance..


“This project allowed my students to see how waste can be used to create something new -- in this case, for those less fortunate,” Giovannone said.


Her students, who started working in earnest around the winter holidays, have completed four bedrolls -- so far.


“This will be an ongoing project,” Giovannone said,  “as the need for these mats for the homeless in our community is ongoing.”